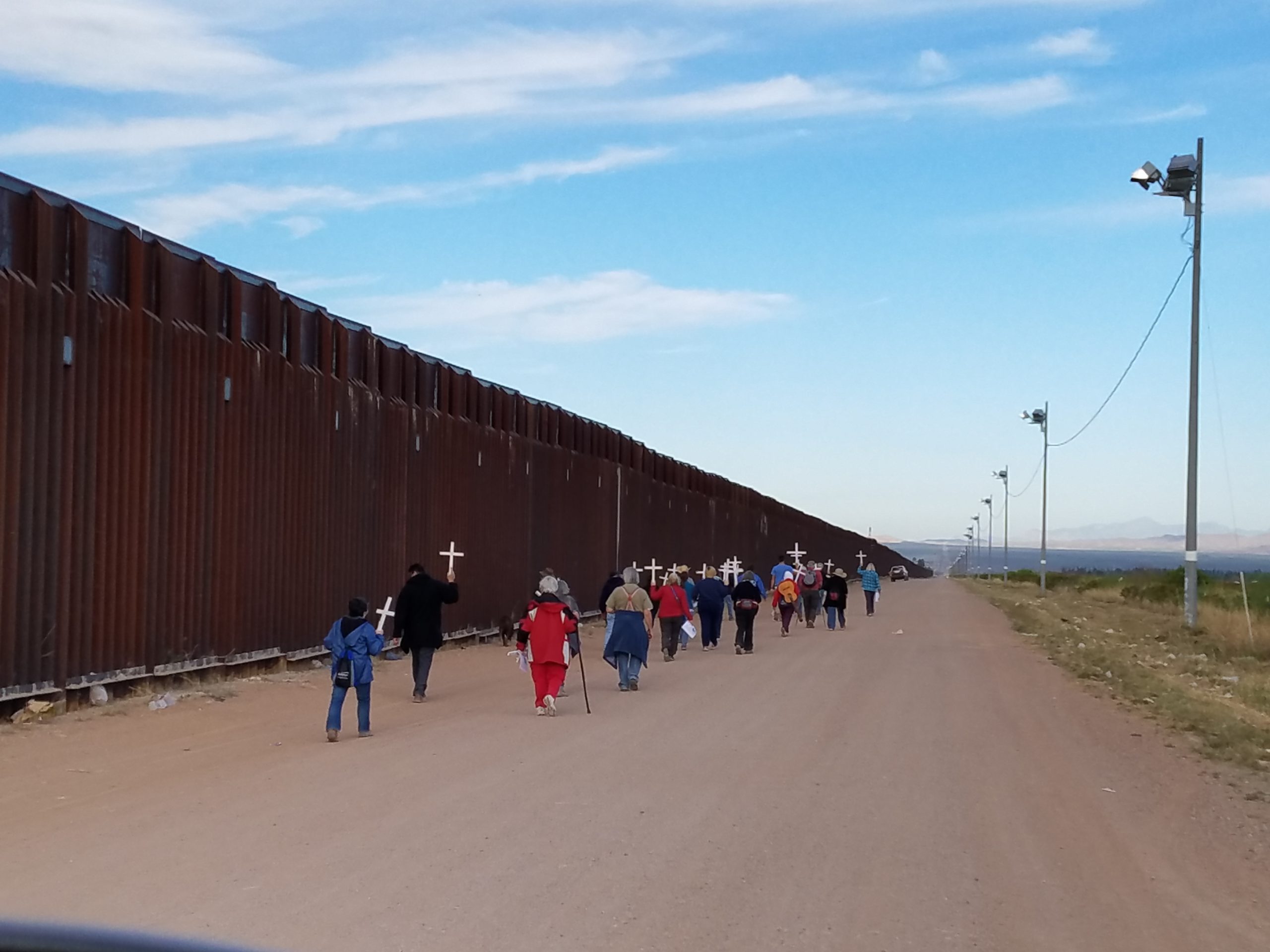 “I wanted this dream to come true, but it was simply lost in the desert.”

When men and women pass through the Migrant Resource Center upon their deportation from the United States, it is often very outwardly apparent that their basic needs for physical things like food, water, rest, and medical care have not been met. However, many migrants have also been facing deep deprivation of internal needs such as emotional, mental and spiritual rest. With these internal needs in mind, listening to a migrant’s story is often one of the best ways Frontera de Cristo and our partners in ministry can show support to those we serve.

It is our hope that through this blog we can share the stories we hear, and in doing so,  we can amplify the voices of the individuals who tell them. This is the story of our brother Leonardo.

When Leonardo arrived at the Migrant Resource Center upon deportation in late June 2021, it was clear he had suffered deeply in his journey from Guatemala. His head hung low, laden with grief, his clothes were tattered, and he cradled his left arm to his chest. We provided him with the resources we had — first coffee, then a sandwich, then a new pair of pants — but his question remained the same, do you have medical support?

When the MRC nurse arrived it became clear why he asked so persistently. As Leonardo sat down and took off his left sleeve he revealed a puncture wound in the vein at the joint of his fore and upper arm, that looked like the result of an IV gone wrong. It was swollen, stiff, and irritated. He winced at just the slightest touch, but through his pain, he began to tell his story as volunteers held an ice pack to his wound.

Many Americans picture a migrant’s sole challenge as crossing the physical barrier of the border wall; however, for many, Leonardo and his migration partner Mary included, it is only the beginning.

After crossing the border, Leonardo and Mary faced days of travel through the heat and drought of the Arizona desert. It was there, in the desert, that they began to suffer from lack of food and water. The coyote guides never showed empathy or solidarity, keeping any supplies they had to themselves.

With an injured knee and the impact of drought and famine becoming clear for Mary, Leonardo decided to climb a mountain in search of a phone signal to call 911. Yet even when he reached a point of service and got ahold of an operator, Leonardo said his plea for help was denied. Insistent, Leonardo fought for his friend and eventually the operator extended grace saying the EMS would arrive in half an hour. It’s impossible to know if the operator simply lied to give Leonardo hope or if they were searching to no avail, but a half-hour passed, then an hour, then two, but the paramedics never arrived.

Leonardo set off again, this time in search of water for Mary, he said. He hoped that even just the smallest amount would give her the strength needed to continue the journey. In that moment, as he described his hopes, it became clear to the volunteers that any water he found wouldn’t have mattered. Mary wasn’t with him. She hadn’t been detained. She hadn’t been deported. In the short time Leonardo was gone, she had died — alone.

All Leonardo said he could hear were Mary’s last words before he left, “Fight for your dreams, mine have already stayed here.”

He had no choice but to continue. Consciousness and remorse tormented him. It was then that, as he described, “true hell began.” He continued his journey, but felt the torment of each day as heat forced him to consume his own saliva and all he had was the fruit from the cacti. Three days passed and he was ready to give up. Despite his deep longing to continue, his body was no longer responding.

“You can have all the longing, hope, and motivation in the world to cross the border and fulfill your family’s dream, but when your body can no longer continue, there is no dream that is strong enough to fight against it,” he said.

It took all he had to crawl through the trail that the guide was leaving behind, but eventually, he reached a point where he no longer had the breath to continue. He began to bleed through the nose and mouth, losing all sense of time. Again, with the last bit of strength he had, he attempted to call 911, this time for himself. With a cold lack of remorse, the operator told Leonardo that in where he was in the desert they didn’t send help, they only collected dead bodies.

Out of both physical and emotional pain Leonardo responded with sarcasm saying, “Well, I sent my location so you can pick me up when I die.” The operator hung up.

Suddenly, he began to hear the footsteps of someone walking next to him. He could feel a presence above him, and in a hazed consciousness. Leonardo came to the conclusion that it must have been a fellow migrant. The person asked if he was okay, but seeing the condition Leonardo was in, began to beat him, slapping and screaming in an attempt to keep him alive.

The most curious thing is that Leonardo doesn’t remember the face of the person who helped him stay awake. He said he believed that this was a Godly miracle, something supernatural with no other possible explanation.

The next thing Leonardo remembered was the noise of a helicopter approaching. A hope began to grow within him. Paramedics injected four units of IV fluid because of Leonardo’s severe state of dehydration, and then transferred him to Tucson, Arizona, for a brief time in the hospital.

After the short hospital stay, Leonardo spent time in a detention center and eventually found himself at the gate of the Migrant Resource Center here in Agua Prieta, where we had the privilege to hear his story. However, shortly after his arrival and some basic medical care, Leonardo passed out on the floor of the bathroom. It became clear the medical care he needed surpassed the capacity of the MRC. He then spent the rest of the day at a hospital recuperating before spending the night at CAME and boarding a bus home to Guatemala the next morning.

Like Leonardo, many migrants hope and wish for so long for the opportunities that await them on the other side of the border, but the process can take it all away.

Our encounter with Leonardo was short, but the experiences he had to share were powerful.

“I wanted this dream to come true, but it was simply lost in the desert,” he said.

“I wanted this dream to come true, but it was simply lost in the desert.” When men and women pass through the Migrant Resource Center upon their deportation from the United States, it is often very outwardly apparent that their basic needs for physical things like food, water, rest, and medical care have not been met. However, many migrants have 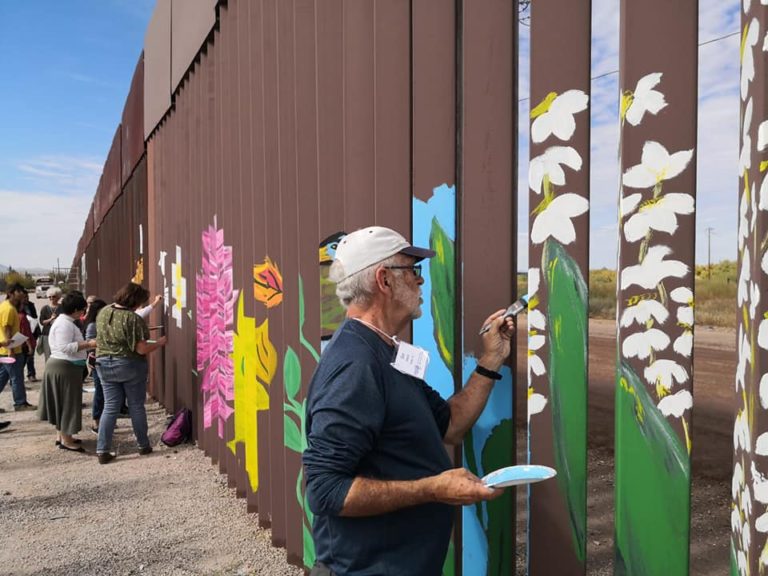 November 2019: Art as Resistance and Hope

Painting a mural on the border wall We painted birds and flowers from the nations represented by people who wait along the wall as they seek asylum in the United States. Images now adorning the wall’s southern side include the dahlia from Mexico, plumeria from Nicaragua, the scarlet macaw from Honduras, the resplendent quetzal of Guatemala, chamomile from Russia, and 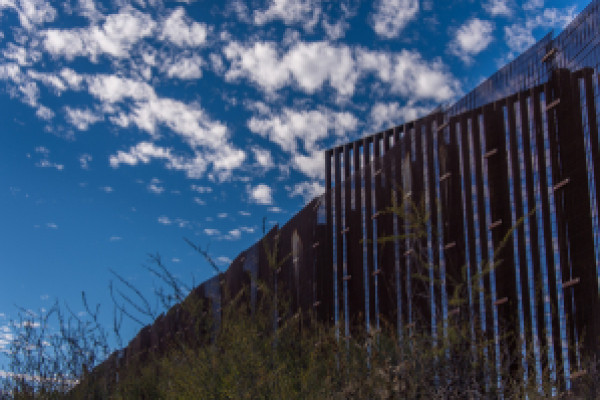 Inspired by his time as the U.S. Coordinator with the Migrant Resource Center and intern with Frontera de Cristo, Jordan Bullard composed a seven-song album that highlights the problems facing our migrant brothers and sisters. •Common Wealth•Burning Boy•Three Legged Man•Geronimo’s Daughter•La Paz•Walker’s Prayer•The River All proceeds benefit the Migrant Resource Center of Agua Prieta. To view a PDF of the lyrics 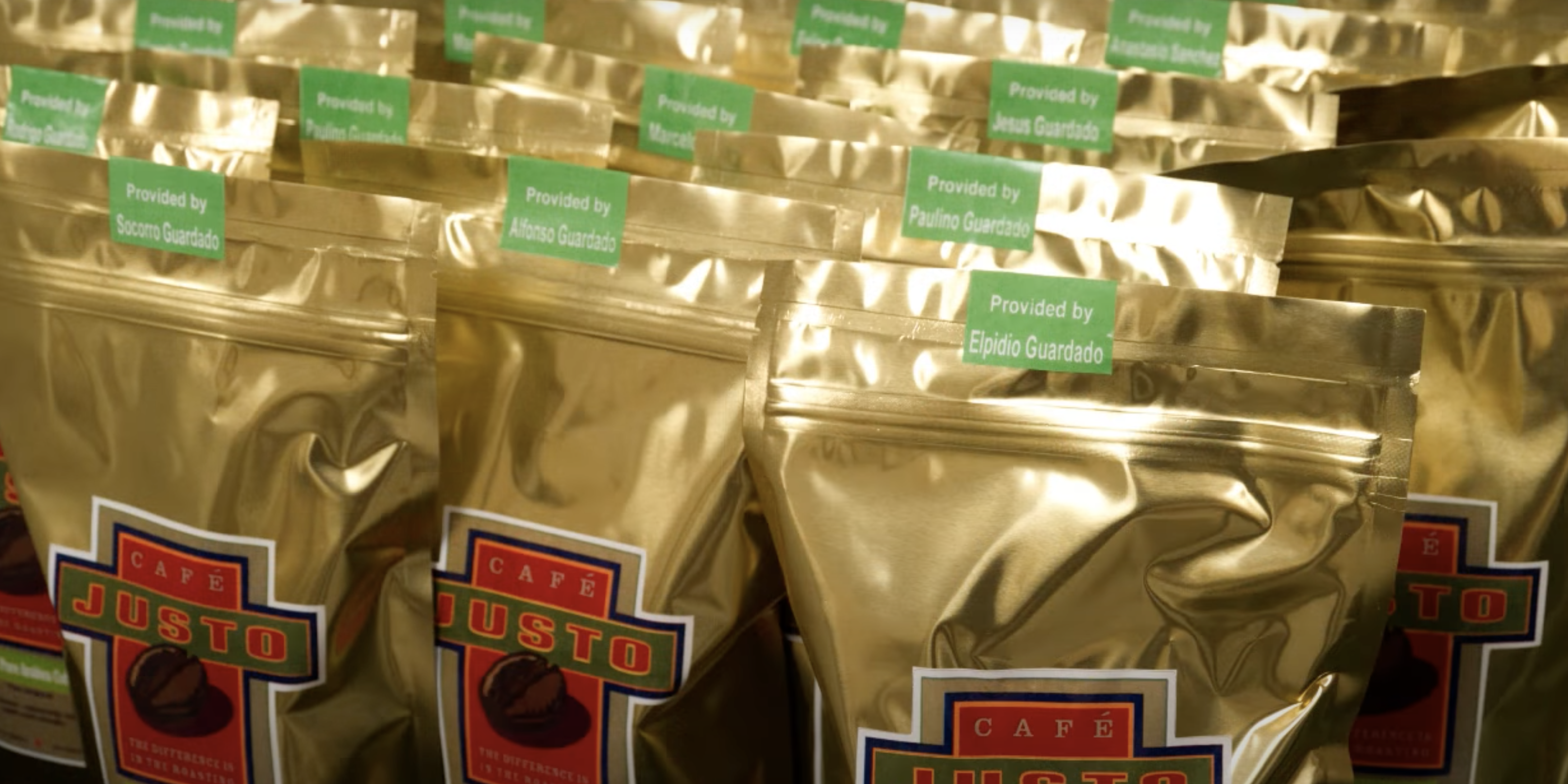 What Cafe Justo Means to Me

Stanley Leary is a visual storyteller using a photojournalistic approach helping organizations build customer loyalty. He traveled to the Arizona border region and Chiapas as a member of the 2013 Border to Border Coffee, Migration & Faith delegation.